It is a book you’ll want to read again, and quite probably again…

Learning hypnosis gives you powerful therapeutic skills. This training enables you to work effectively in trance with clients and to create personal change for yourself. The style is practical. Trainees learn by doing, with the majority of the course involved in observing and practising the craft of hypnosis.

A short story from the book, read by Lisa Morgan.

This is a great example of how really easy it is to become hypnotised.

Little girl on a trainfrom Comply with Me

How easy is it to hypnotise someone…?

Hypnosis for Self Confidence

Donald Trump will leave the White House today after completing his term as the 45th President, with Joe Biden and new First Lady Dr Jill taking over, and Lisa Morgan has been observing his behaviour while in office very closely – 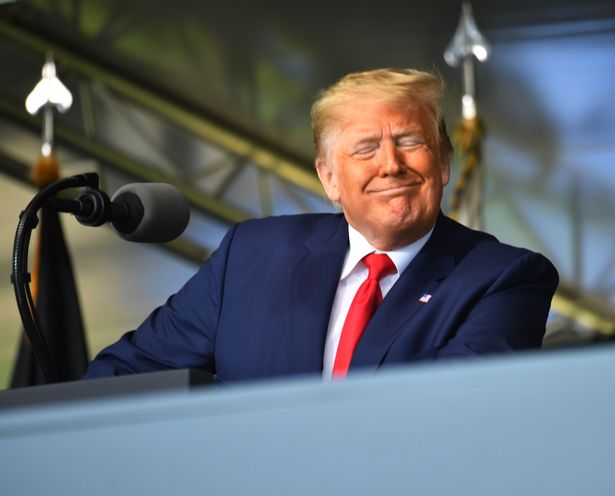 Did Trump & Co Use Hypnotic Suggestions to Prime the Mob?

As ABC News published, the assault on the US Capitol building was a long time in the making. Roger Stone – Trump’s pardoned PR man – started a ‘Stop the Steal’ campaign on the web as far back as 2016, collecting 2.5 million followers at one point. Research has shown that repeated lies are believed the more they are repeated. After heavy promotion by Trump and his enablers, this slogan, ‘Stop the Steal’ became the mob’s raison d’être and rallying cry.

Have you been hypnotised without you knowing? If you think you haven’t, this might change your mind.

Comply with Me reveals hypnosis tools that Donald Trump has used to make people support him and give him the edge. He is not the only professional persuader using these tricks either.

We can all go into a light trance – when we watch TV or drive. Once our guard is down, other people’s suggestions can be accepted by our unconscious minds.

We cannot ignore hypnosis any longer. Used to influence us, it can distort reality, befuddle and deceive. Used well, hypnosis is a positive force, helping people to improve their lives. Learn techniques for yourself. Find out how to spot when anyone tries to manipulate you with them. You can use hypnosis tools too – at the least, to make sure your beliefs are your own. 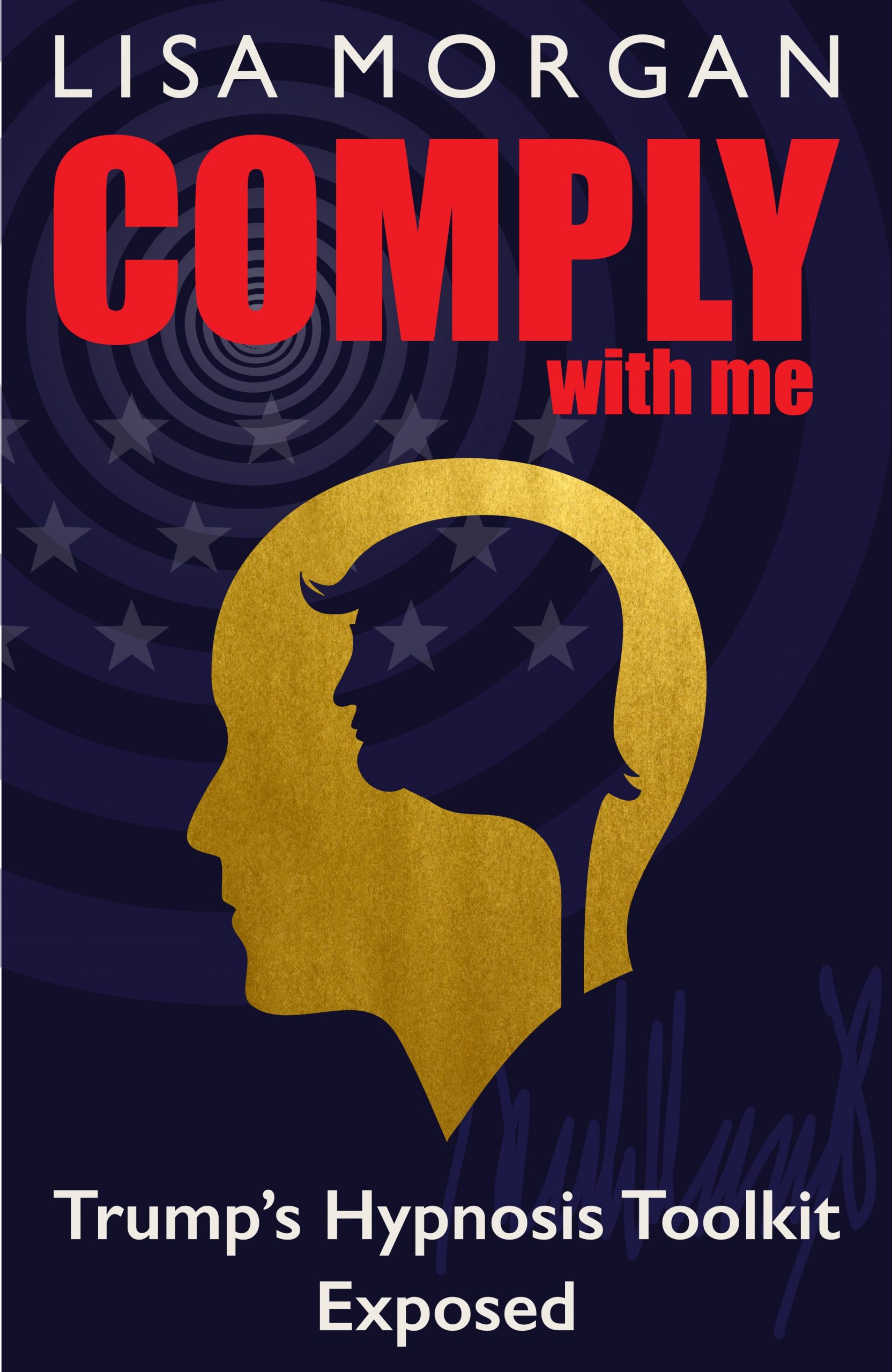 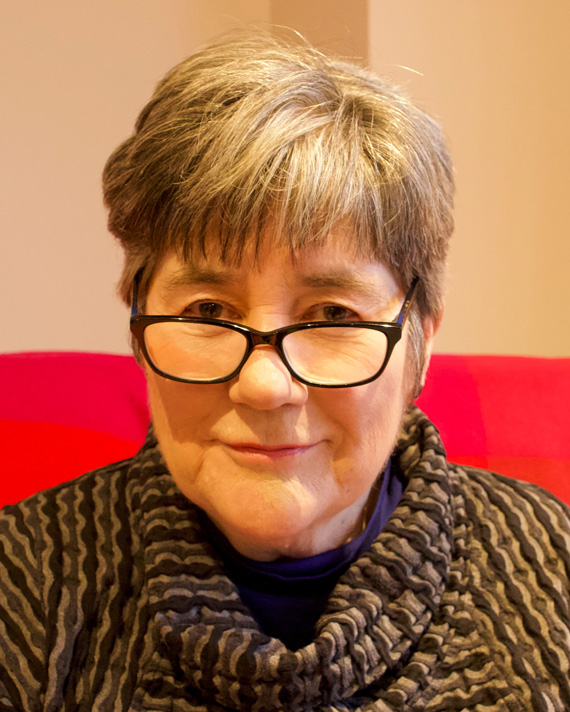 Lisa Morgan is Chair of the UK Guild of Hypnosis Practitioners. After teaching and writing about hypnosis for 25 years, she spotted what Trump was doing early in his presidency and felt compelled to expose it.

Want to spot when politicians are trying to hypnotise you? This reading by Lisa Morgan will give you clues. A recording of the virtual event held on 9th July 2020, excerpts cover some of Trump’s physical hypnotic ploys, starting with the handshake, a form of confusion technique and including eyes, hands and voice tone. Boris Johnson’s uses hypnotic ‘artful vagueness’ and you’ll hear how and where he acquired his knowledge of hypnotic speechifying. The author answers questions including why Trump might not like masks, what hypnosis is and the reason why the UK Covid 19 slogans were designed to be so open to people’s interpretation.

Training
To learn more about hypnosis or to contact Lisa visit Future Seeing.

Where to Buy My Book

Buy from Barnes and Noble

Other Works by Lisa

‘VOICE in their own words Teenagers Predict the Future’ is a bilingual English Japanese book that documents the visionary predictions of 16-18-year-olds from around the world. Lisa Morgan ran Future Seeing workshops with teenagers across Asia and in the UK from 1998 to 2001. In total, 132 young people of 13 nationalities took part in. The drawings and descriptions of their future expectations are juxtaposed with portraits of the teenagers by photographer, Caroline Parsons. VOICE was published by Japanese publisher, Kawade Shobo Shinsha and also in Taiwan.
If you would like to buy ‘VOICE in their own words, Teenagers Predict the Future’, it is available in Japan from booksellers, and, in the UK, only from Future Seeing Ltd at £10 GBP plus postage and packing.
This study was also made into a short documentary: ‘Voices of the Future’.
Also in preparation, Creative Hypnosis (working title) – a guide to using trance for breakthrough creativity. 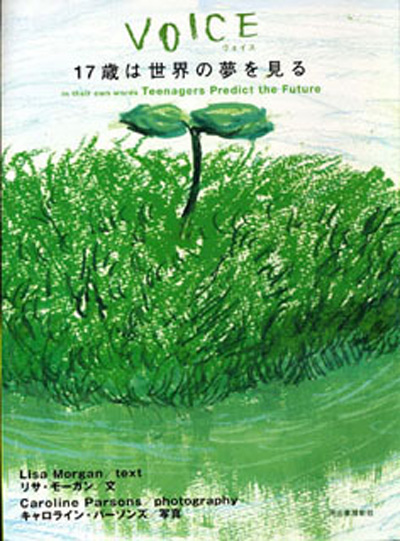